Hamburg is recognised as an extraordinary port city that overcame planning challenges to become a welcoming city of opportunities. 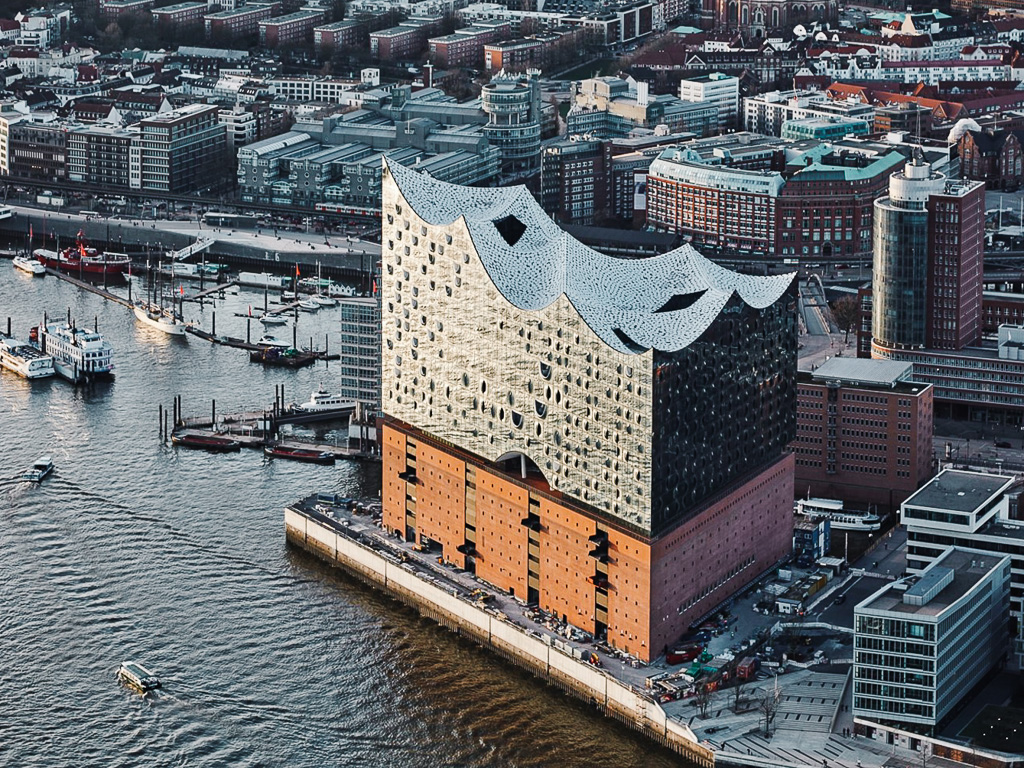 The Elbphilharmonie at HafenCity © Maxim Schulz

HAMBURG is recognised as an extraordinary port city that has overcome planning challenges to become an attractive and welcoming city of opportunities for a population that now includes a growing number of immigrants. It has effectively evolved from previous conventional practice of urban expansion on the fringe through the successful implementation of its inner city densification strategy to cater to increased demand for housing and urban mobility from its growing population.

The new HafenCity is an excellent demonstration of this strategy. The former underused harbour and industrial space located next to the historical Speicherstadt warehouse district has been transformed from a dilapidated area into a dynamic mix-use district of urban housing, workplaces and recreation areas. Recognising that built heritage is an important aspect that adds to the quality of life in an ever-changing environment, the city placed great emphasis on the urban design of the new district to relate to the old city, and to align vistas with the spires of the old churches while also sensitively providing protection against flooding and rising waters.

Then-First Mayor Olaf Scholz was instrumental in the city’s drive towards affordable housing for different segments of the population, and the creation of an especially attractive city for the young. Major residential development projects consist of three equal parts: one-third social housing, one-third condominiums, and one-third privately-funded rental housing. In Altona, a soon-to-be defunct rail yard is making way for new housing, simultaneously enhancing intercity train service while also linking neighbourhoods that had previously been divided by the rail lines.

Hamburg’s strategy of inclusiveness is exemplary. The city’s culture of cooperation is characterised by public-private partnerships realising many housing and transportation projects, and complemented by a citizen participation process that acknowledges its people as key stakeholders and drivers of change. Extensive communication with citizens, involving even young children, from the very early stages of planning have devised holistic solutions that bring about greater benefits; for instance, the Autobahndeckel evolved from conventional traffic noise protection walls to landscaped decks that goes beyond its original purpose to reconnect existing parks while adding new gardens spaces for the city’s inhabitants.

Hamburg’s inclusiveness extends to its immigrants and refugees. Under a comprehensive integration programme launched in 2013, newcomers are given the best possible support to overcome the barriers that normally impede their assimilation. This allows them to become positive contributors as quickly as possible, with the potential to achieve German citizenship.

Hamburg is also commendable for its push towards sustainable urban development through the ongoing conversion of its transportation system to one based on renewable energy and its innovative initiative ‘switch’, which intend to reduce private car usage through the introduction of alternative mobility options at key transportation nodes. With excellent urban initiatives creating a conducive environment for its inhabitants and imbuing the city with an uplifting spirit, Hamburg stands out as an exemplary model for other cities who are looking for ways to enhance economic competitiveness through education, workforce support, and high quality of life. O