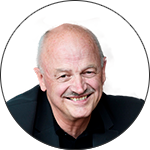 Flemming Borreskov is Founder and President of Catalytic Society with the mission to develop and promote the creative interaction between government, the business community and civil society - with a particular emphasis on cities and on the interaction between people and cities.

He is former CEO of Realdania, a strategic philanthropic foundation based in Denmark, with the objective of initiating and supporting projects that improve the built environment and subsequently improve the quality of life for the common good.

Flemming Borreskov began his career in 1976 at the Danish Ministry of Environment and was since 1983 engaged in the financial sector. In 2000, he was appointed CEO of Realdania one of Denmark’s largest foundations founded the same year. Realdanias mission is to create quality of life for all through the built environment. Flemming Borreskov has guided the development of Realdania to a strategic philanthropic organisation.