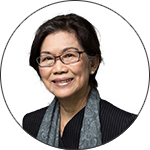 Ambassador Chan Heng Chee is Ambassador-at-Large with the Singapore Foreign Ministry. She is Professor at the Lee Kuan Yew Centre for Innovative Cities in the Singapore University of Technology and Design. In November 2019, she took up the position of Chairman of the ISEAS (Institute of Southeast Asian Studies)-Yusof Ishak Institute. She is Deputy Chairman of the Social Science Research Council (SSRC), a Member of the Science of Cities Committee, National Research Foundation (NRF) , and a member of the Advisory Council on the Ethical Use of Artificial Intelligence (AI) and Data, Ministry of Communications and Information. She is also a Member of the Presidential Council for Minority Rights.

She is a member of the Council on Urban Initiatives, a collaboration by UN-Habitat, UCL Institute for Innovation and Public Purpose, and LSE Cities, London School of Economics. She joined the the governing board of SIPRI, Sweden in 2021.