Over the last 50 years, Danish architect Jan Gehl has changed the way that we think about architecture and city planning, moving from the modernist separation of uses to a human-scale approach inviting people to use their cities. In this interview1, he talks about the joys and challenges of creating people-friendly cities. 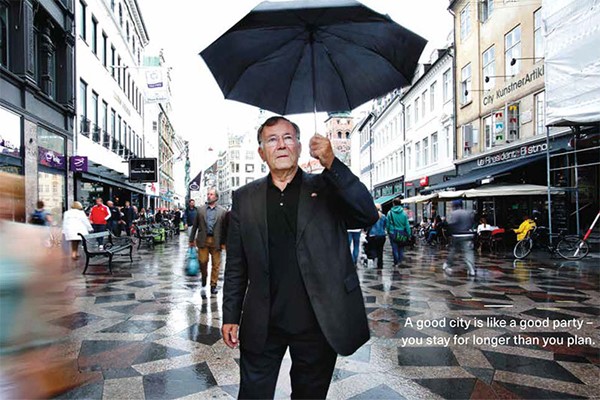 “A good city is like a good party – you stay for longer than you plan,” says Danish architect Jan Gehl. In a recently published autobiography ‘People Cities The Life and Legacy of Jan Gehl’, the authors Peter Newman and Annie Matan explain how Jan Gehl believes good architecture is not about form, but about the interaction between form and life. Over the last 50 years, Jan Gehl has changed the way that we think about architecture and city planning – moving from the modernist separation of uses to a human-scale approach inviting people to use their cities.

At a time when growing numbers are populating cities, planning urban spaces to be humane, safe, and open to all is ever-more critical. His work has influenced public space improvements in over 50 global cities, from New York, London, to Moscow, Copenhagen and Melbourne, including Singapore. Jan Gehl reminds us on the continued need for human-scale design and creating great public spaces in sustaining the soul and life of cities.

Tell us about the genesis of people-focused cities.

Jan Gehl (JG): In 1961, the New York journalist, Jane Jacobs published her famous book ‘The Death and Life of Great American Cities’. This was the starting point for the renewed interest on how people used cities and how the built environment influenced the quality of life.

In the traditional cities were embedded a lot of knowledge and experience on how to make cities inviting for people. All this knowledge was thrown out by the architecture ideology of the modernists from 1930 onwards. They claimed that everything traditional in architecture and planning had to make room for a completely new modern architecture and city planning for a new creature, the modern man, different from any previous generations.

By 1960, these new modernistic ideas started to be used in a big way seriously affecting the quality for people in cities all over the world. At about the same time, the automobile invasion started in earnest further eroding qualities for people. This was the background of the work of Jane Jacobs, and also the background for my research which started in 1965. Both in New York and in Copenhagen, we realised that we would have to start from the very beginning to find out what created a good city for people, because all previous, mostly informal knowledge had been thrown out.

How has this concept evolved since you started this 50 years ago?

JG: This urban renaissance started in the 1960s and it has gradually gained momentum in the 50 years to follow, as more knowledge about people in cities were gathered and made available. Especially after the year 2000, this new people oriented urbanism has become widespread, and in many cities such as Copenhagen, Melbourne, New York and Moscow, one can now see the results of these new people-oriented principles.

What is one memorable project that you have worked on?

JG: The results achieved in Copenhagen in Denmark stands out as one of the most satisfying in my professional life. Copenhagen has undergone a remarkable transformation taking more and more care of the life in the public spaces continuously, not only in the city centre but throughout the city, as expressed in the 2009 City Council strategy: “We will be the best city for people in the world”. I have had the pleasure to live and work in Copenhagen through all these years, and to see that generally the city has been a better place for people day by day – for 50 years. A unique experience and actually the city is by now, quite unique.

As for my own participation in this development, it was for many years quite indirectly. We at the School of Architecture continuously studied and documented how people used the city and this increasingly influenced city policies. Copenhagen became the first city in the world where the life of the city was studied in the same way in which all other cities documented their traffic developments. The fact that Copenhagen became one of the world’s centres for studying people in the city has had a major influence on this city as expressed by the Mayor of the City Planning Bente Frost (2013): “Without the public life studies by the School of Architecture, we politicians would never have had the courage to implement the many projects to increase the attractiveness of the city”.

“The results achieved in Copenhagen in Denmark stands out as one of the most satisfying in my professional life. Copenhagen has undergone a remarkable transformation taking more and more care of the life in the public spaces continuously, not only in the city centre but throughout the city.”

What do you look for when you travel and what is your one favourite place?

JG: Wherever I travel, my main interest are the daily places, the ordinary life and city fabric that make up the soul of each place. One of my favourite places is Campo San Margherita in the Dorsoduro district of Venice. A lovely place well away from the hordes of tourists near San Marks Square and the Rialto Bridge, this square has diverse street life and is dominated by the local people including many students from the nearby university. My grandchildren especially love Campo San Margherita because it has everything any child or adult can wish for.

What are the key criteria for designing great public spaces?

JG: Through my studies of people activities in spaces in all corners of the world, a list of 14 quality criteria has been developed centred around three major considerations outlined in my book, ‘Cities for People’: (1) Protection – from various unwanted elements such as traffic, fear and unpleasant climate factors. (2) Comfort such as good conditions for basic activities that people can engage in such as walking, standing, sitting, seeing, hearing, talking and unfolding. The last one is (3) Enjoyment such as a good human scale, possibilities to enjoy the positive aspects of the local climate and finally positive sense experiences: architecture, design, art, detailing, materials, greenery, water, nature and views.

The list is most useful not only in evaluating existing spaces but also for designing new, great people spaces. Whenever you find a popular public space, you will find that most of these quality criteria have been carefully addressed.

How do we manage change and evolving spaces over time?

JG: All cities are constantly changing. In this way it can be very problematic to programme a public square too rigorously to cater for the present day’s needs and activities. Many of the best squares of the world like Piazza del Campo in Siena do possess some basic qualities that has served many generations well. Other places – often newer ones – have very specialised equipment and most often a short life if there is unwillingness to upgrade and change the physical environment. Public spaces need to be continuously adjusted especially when special uses develop in a way that creates problems for a more universal use. One example could be squares which are gradually being taken over by street vendors, sometimes in such numbers that other people cannot use the square. A recent and rather famous example has been the great popularity of Times Square in New York made partially car free in 2009. Here, street performers started to seek out this square in such numbers that numerous problems were created. In this situation some authorities suggested to bring the traffic back to get rid of the unwanted entertainers. Of course a much better solution was to regulate the activities, and luckily this policy was adopted.

If there are too many pigeons on Saint Marks Square in Venice you can remove the square or you can chase the pigeons away. In all cities, the use of the public squares will constantly have to be monitored, and from time to time regulations will have to be made. Pigeons come and go but life in the public spaces must go on.

“One of my favourite places is Campo San Margherita in the Dorsoduro district of Venice. A lovely place well away from the hordes of tourists near San Marks Square and the Rialto Bridge, this square has diverse street life and is dominated by the local people including many students from the nearby university.”

Citizens are coming forward to re-purpose spaces on their own. How can we encourage more of this?

JG: Most citizens respond to public spaces with great interest and enthusiasm and this is really valuable. But it is important that education and information about good solutions play key roles in ensuring that conversations about public spaces be constructive and useful. Nobody can ask for solutions they have never seen or heard about. Such information should be systematically made available.

In an age where people demand instant gratification and are glued to their phones, how does this influence the use of public spaces?

JG: For years, it has been predicted that cyberspace would soon make the public space redundant but this has not happened. In the decades where digital technology has blossomed, life in public spaces around the world have also increased and blossomed. One factor may be that many are living longer and have more leisure time on their hands. We are also social creatures – meeting, seeing and hearing other people face to face and using one’s own senses has always been and still is a great and necessary joy. Life in public spaces goes on – quite a few now bring their mobile phones along when they move about in cities. The best of several worlds?

What are important shifts happening in cities and pitfalls to avoid?

JG: There has been a gradual shift in planning paradigms towards more people oriented city planning especially after the year 2000. Gone are a number of technocratic planning principles related to modernism, and gone are also – in many places – the total dominance of traffic planning. Many cities today are striving to be liveable, sustainable and encourage healthier lifestyles promoting walking and cycling to overcome the serious sitting syndrome from too much sitting in homes, offices and automobiles.

This development is definitely a good one, however, in a number of cities that have progressed in this area, we also see problems concerning gentrification and higher housing prices. This challenge should spur us on to make sure that many or all city districts are guided by people friendly policies, ensuring that good quality districts and spaces are available and accessible to everyone in society. O 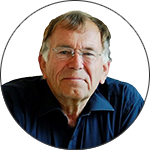