Post-pandemic cities — how will they shape up?

What are some of the key focuses of cities in a post-pandemic world? In this first of a two-part series, we take a look at how cities Seoul, Medellín and New York City build greener, fairer and more resilient economies and societies as they take the long-term view in their recovery. 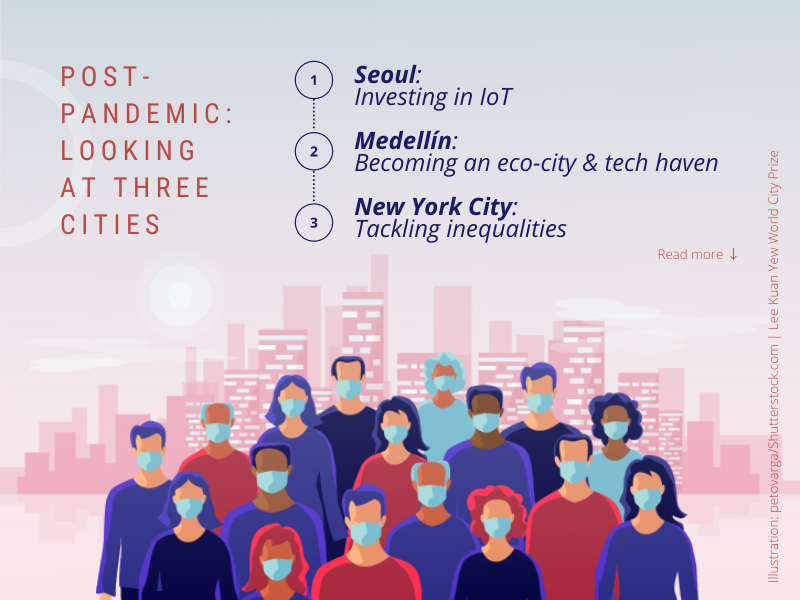 At the forefront of the fight against the COVID-19 pandemic, many cities have put in place measures to protect residents, such as widening sidewalks or closing streets to give them more space for distancing. Others have also launched initiatives to take care of lower-income and other vulnerable citizens hit harder by the crisis, including those who are unable to provide for themselves and their families due to their reduced working hours or job losses.

With the gradual and eventual recovery against the coronavirus, many are keeping and building on the policies that they implemented to improve residents’ lives and minimise inequalities. They are also seizing on opportunities unlocked by the crisis. 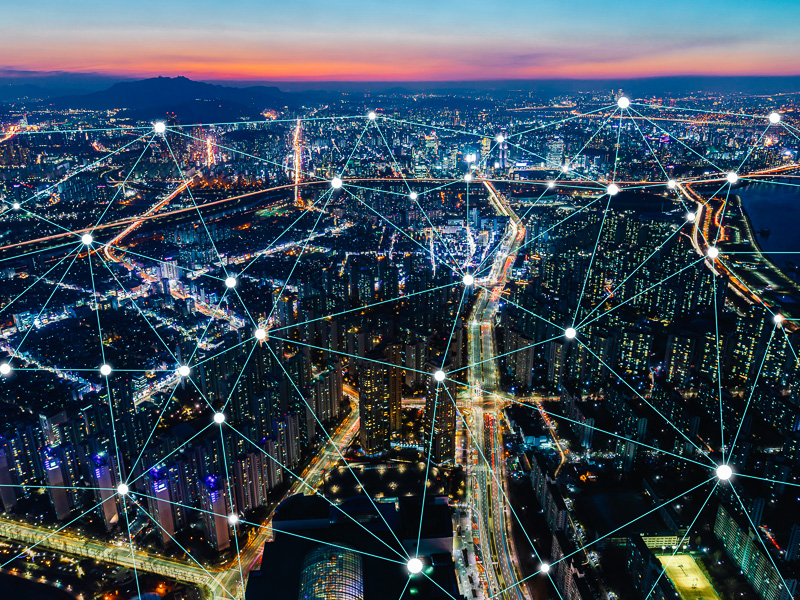 With citizens embracing digital and contact-free services in the COVID-19 era, Seoul, South Korea, has made investments in these sectors key to its economic recovery and longer-term growth plans. In January 2021, the city announced that it would spend 321.3 billion won (approximately USD $292 million) on 1,045 information and technology projects during the year to boost innovation in infrastructure and digital services that tap on smart technologies. The funding is expected to create 3,245 jobs.

Between 2021 and 2023, it will construct a city-wide Internet of Things (IoT) network with 1,000 base stations to collect a vast array of data to aid in transportation and health planning, crime prevention and other areas. It will also build a centralised command centre in its city hall to oversee the IoT operations.

By the end of 2021, three districts will start testing services based on the IoT sensors: Seocho will trial environmental sensors to track and forecast fine dust pollution levels in the air, Guro will install a remote smart lighting system, and Eunpyeong will use smart sensors to monitor facilities. In the future, the IoT network could also support remote water meter readings, the use of motion sensors in senior single households to assess if they have had accidents, and other applications.

Looking ahead, the government also unveiled a digital, three-dimensional map of the city in April 2021 for municipal, commercial and public uses. The map, developed in partnership with local firms, has continually updated information about the city’s topography, electricity lines, gas and water pipes, train routes, real-time weather and traffic data, and more.

The city will use it to simulate the impact of disasters such as earthquakes, and predict how new buildings could affect wind patterns and fine dust pollution patterns, among other applications to refine its urban planning. Property developers could utilise it to study sites’ environmental data to design better buildings, while people can explore the city through its street views, and participate in virtual tours the city will organise with private partners.

As part of plans to deploy robotics in various sectors to ease manpower shortages, the city is also trialling artificially intelligent robots in 300 nursery schools from August to December 2021. The small humanoid robots can sing, walk, dance, tell stories and converse, and are assisting teachers in developing their pupils’ language skills. The city will review the trial after it ends and decide whether to expand it in 2022.

The key takeaway: With residents embracing digital innovations, cities can invest in smart infrastructure and technologies to upgrade their urban planning and municipal services, and strengthen their resilience against potential issues such as manpower shortages in the longer term. 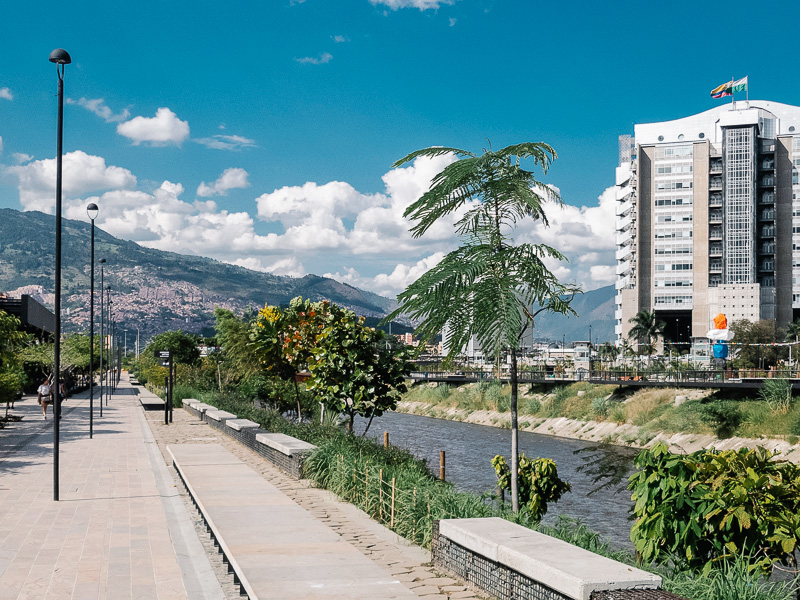 Medellín aims to become an eco-city and a tech haven © Oscar Garces/ Shutterstock.com

Medellín in Colombia has set its sights on becoming an eco-city and tech industry haven to bounce back from the pandemic and flourish in the long run. In the area of transportation, it will double its number of interconnected public transit lines to 26 by 2030, expand the length of its bicycle lanes by 50 percent within three years, and make 50,000 electric bicycles available for rent to the public.

The centrepiece of its sustainability and transport plans is its upcoming 80th Avenue Metro Line, an electric light-rail line to serve its 32 western neighbourhoods, which house nearly a third of its residents. Construction of the 13.5-kilometre-long line, which will have 17 stations and connect with the city’s elevated rail network, aerial tram network, bus lines and bicycle paths, is slated to commence by early 2022 and last five years.

The project will generate 1,500 direct jobs and thousands of indirect ones. As part of the line’s development, the city is acquiring 245 land plots surrounding two key planned interchanges, and will turn these into community spaces, green areas and other amenities. “When the line is completed, we will have one of the most modern and sustainable transportation systems in the region. It will facilitate over 60 million trips per year and decrease our carbon dioxide emissions by 37,000 tonnes annually,” the city said.

To fortify its economy, the city has also charted a path to become a ‘Software Valley’. In June 2021, it unveiled tax incentives for foreign technology firms that set up local offices, to meet its goal of creating 20,000 jobs in smart manufacturing and other Industry 4.0 sectors. Firms that do so will be exempt from its industry and commerce tax for their first two years in the city, and enjoy discounts of 80 percent, 60 percent and 40 percent in their third, fourth and fifth years respectively.

The city has also created a ‘Specialised Talent’ programme to train citizens in data analysis, software development and other digital industry-related skills to empower them to be part of this new economy. It will award 50,000 scholarships in the next four years for citizens to attend short courses offered by its universities in these fields. “This will enable technology firms to find the talent they need, and promote entrepreneurship,” the city said.

The key takeaway: Cities can both kickstart their economic recovery and green themselves for the future by spearheading environmentally-friendly infrastructure projects. The disruption caused by the pandemic is also an opportunity to retrain citizens in sunrise and growing industries. 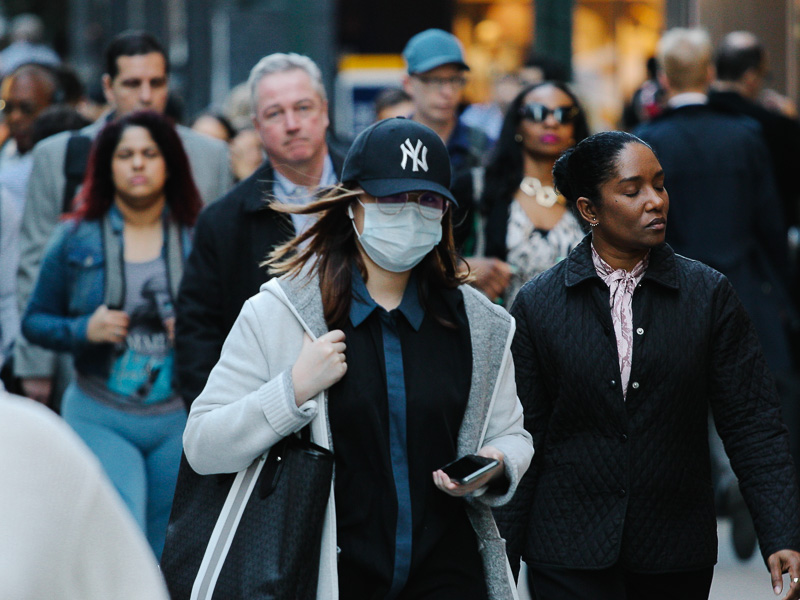 For New York City (NYC) in the United States, tackling inequalities exposed and worsened by COVID-19 has been a priority. In January 2021, the city declared that its USD $210 million NYC Acquisition Fund, which offers loans to affordable housing developers to buy sites and buildings, will only finance those that are non-profit or majority-owned by minorities and women. The city also mandated that such businesses have at least 25 percent ownership in affordable housing projects awarded on public land.

From June 2022, many rezoning applications, including those that would increase an area’s residential floor area by at least 50,000 square feet, must also be accompanied by a ‘racial equity report’ that provides details about the project’s affordability, the area’s economic and social trends and distribution of households by income and race, and other information. “This will fundamentally change how our city develops by combating gentrification and displacement through a lens of racial equity,” said NYC Public Advocate Jumaane Williams.

The city also convened a permanent Taskforce on Racial Inclusion and Equity to analyse and develop measures to address inequalities. In June 2021, the city and the taskforce set out a ‘Juneteenth Economic Justice Plan’, named after the holiday that celebrates the emancipation of enslaved people in the country, to reduce the city’s racial wealth gap.

NYC First Lady Chirlane McCray, the taskforce’s co-chair, elaborated: “Racial inequity is not only about bias and trauma – it is perpetuated by an enormous wealth gap. The median net worth of white households is approximately eight times as much as that of Black households, for example. That gap represents generations of underinvestment.”

Under the plan, the city has set up a college savings account with at least USD $100 for every incoming public school kindergartener since September 2021. The city is also partnering with NYC Kids RISE, a non-profit group that assists public school students in saving for college, to raise funds to add to the accounts. The Juneteenth plan further includes various scholarships for Black and low-income students.

Anticipating more extreme weather due to the climate change, the city is enacting measures to help vulnerable residents cope with heat waves and intense storms too. It plans to reduce property taxes for eligible low-income families so that they can make their homes more flood-proof, including by installing waterproofing materials and sump pumps. It is also identifying more facilities, such as sports venues and auditoriums, that can be used as cooling centres during heat waves for those who cannot stay cool at home. O

The key takeaway: As cities carry out their recovery plans, introducing measures to uplift lower-income families and other disadvantaged residents through educational, job and other support can help to build fairer and more resilient societies.