Turning the tide for coastal cities

With sea levels rising across the world, coastal cities at risk of going under are fighting back with adaptive measures to protect lives, land and infrastructure. We take a look at how some forward-looking cities are holding the water at bay and making plans for safe relocations when necessary. 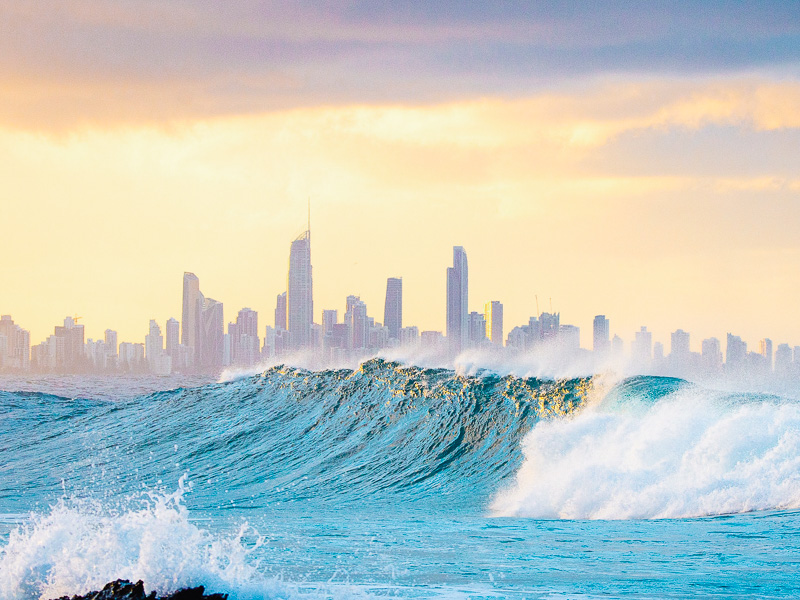 Five years after the landmark Paris Agreement to limit climate change and global warming, over 50 leading cities, including New York, London, Stockholm, Melbourne, Mexico City and Paris, are on track to deliver their fair share of greenhouse gas emissions cuts. Even with this progress, however, permanent sea level rises and temporary storm surges, which are increases in the sea level during storms, will expose more coastal cities to flooding in the next few decades, necessitating urgent adaptation initiatives, according to recent studies.

In July 2020, researchers found that about 148 million people globally are affected by coastal flooding today, and this will increase by at least 23 million people within 30 years even with ambitious reductions in emissions. The University of Melbourne’s Professor Ian Young, who co-authored the study, explained: “The sea level rise is baked in. Even if we reduce emissions today, the sea level will continue to rise as the glaciers will continue to melt for hundreds of years.” Professor Ebru Kirezci, his colleague, added: “Adaptation is the only way out, and we need to adopt risk mitigation measures, develop forecasting and warning systems, and look at coastal retreat, which is the relocation of coastal communities to safer places.”

For many cities, erecting coastal barriers is one way of keeping the sea out and reducing the risk of flooding. Several cities are going beyond conventional sea walls and constructing more innovative and multi-purpose defences.

Copenhagen, Denmark, is building an artificial island called Lynetteholm off of its harbour to meet three goals. The 282-hectare (approximately 697-acre) island will increase the city’s land area by two percent, providing more room for housing to solve its shortage. It will also act as a barrier for the mainland against storm surges, with a 78-hectare (approximately 193- acre) nature belt on its sea-facing side composed of forests, plains, and sand and pebble beaches to absorb the water during such events. By narrowing the entrance to the harbour, the island will also make it easier and less costly to construct a floodgate across it, to protect the city’s mainland from the rising sea level.

The project is expected to cost about DKK 20 billion (approximately USD $3.3 billion), and is slated to begin construction in 2021, with the first homes to be ready by 2035 and the completion date set for 2070. The city will use soil dug up from other construction projects for the island’s reclamation, and has hired an external sustainability consultancy to provide an assessment of its environmental impact, and suggest ways to minimise it.

Hong Kong, China, for its part, is building an ‘eco-shoreline’ that boosts biodiversity and lowers the risk of coastal flooding. As part of ongoing land reclamation for a new district, the city has commissioned a 3.8-kilometre-long shoreline that will use mangrove plants to stop the shore’s erosion and blunt incoming waves, as well as specially designed blocks and panels to make vertical and sloped seawalls friendlier to water organisms. The blocks and panels have grooves and holes in them to hold water and provide shade for microorganisms during the day, so that they can survive and attract fish, crabs and other marine life, enriching the ecosystem. Smaller ongoing trials of the blocks and panels at other locations had encouraging early results. The city is also considering adapting other existing shorelines in the same way.

In Britain, Norfolk is also turning to nature to protect communities along its coastline from coastal erosion exacerbated by storm surges. In 2019, it dredged up nearly two million cubic metres of sand from the seabed to restore a rapidly-eroding, six-kilometre stretch of beaches. The sand was deposited in mounds that are up to seven metres deep which wind will shape into dunes to better absorb the impact of waves. The initiative is also designed to work with the drift of the waves which will carry some sand southwards to shore up other beaches. The GBP 20 million (approximately USD $27 million) sand replenishment is expected to enable the coastal communities to stay in place for at least 15 to 20 more years, and was modelled after a successful scheme in the Netherlands.

As cities aim to limit coastal flooding and its impact, they may also need to change planning norms and adapt existing infrastructure. Boston in the United States now requires developers to assess new and redeveloped large projects’ vulnerability to a 40-inch (approximately one-metre) sea level rise by completing a ‘Climate Change Resiliency and Preparedness Checklist’. For buildings that would be affected by the sea level rise, developers must list adaptation measures, such as hard and soft barriers to prevent flooding, provisions for emergency power and water so that occupants can shelter in place if necessary, and strategies to support quick recovery after storms. The 40-inch threshold addresses the city’s analysis that its sea level will likely rise by nine inches by 2030, 21 inches by 2050, and 36 inches by 2070, as well as expected land subsidence.

Vietnam, on the other hand, is partnering with the United Nations to construct 7,500 storm-proof homes for low-income residents near the sea in coastal settlements that experience flooding during the typhoon season. The two-storey homes’ second levels are higher than the highest recorded flood level in the area, and they have reinforced walls and foundations and roofs fortified with bracing bars. The second level also has a large window for evacuation if this becomes necessary. About 3,500 homes have been built in the coastal provinces of Thanh Hoa, Quang Binh, Thua Thien-Hue, Quang Ngai, and Quang Nam, and the rest will be finished in 2021. Mr Nguyen Manh Khoi, Deputy Director of Vietnam’s Ministry of Construction’s Housing and Real Estate Market Development Department, said that it expects to erect such homes in all 28 coastal provinces and cities nation-wide. “These homes have helped people to be safer during storms and flooding, and many of their neighbours even came to them for temporary dwelling during the events,” he said.

Cities could also invest in floating homes as a solution to rising sea levels. Amsterdam in the Netherlands has created two residential estates, named Schoonschip and Waterbuurt, with such homes to extend its limited area for housing out onto the water and adapt to its rising sea level. While the neighbourhoods currently have only a few hundred residents, they could be expanded in the future. The homes use lightweight materials, such as cork for flooring, and sit on airtight and hollow concrete tubs that float and have mooring poles to anchor them to the seabed. Bridges connect the homes to land. Several other cities have similar houses in the works, such as Helsinki in Finland, which will start building a pilot group of 40 floating homes in its seaside Verkkosaari district in 2022.

For years, Rotterdam in the Netherlands has also been fortifying itself against its rising sea level and storm surges. About 90 percent of the city lies below the sea level, and three rivers merge within it before flowing to the nearby sea, putting many residential areas at risk of flooding. To keep the rivers and sea at bay during heavy storms, it raised levees and erected the Maeslant Barrier, one of the world’s largest moving structures, to close automatically across the mouth of its port when the sea is expected to rise more than three metres above its normal level. It has also built 10 public plazas across the city to retain rainwater to avert flooding elsewhere, and will complete five more by 2023. Benthemplein Water Square, the largest of the existing plazas, can store nearly 480,000 gallons of water.

For some cities, however, relocating residents in coastal areas severely endangered by sea level rises could be more cost-effective than constructing sea barriers or adapting the homes and infrastructure. To ensure that such ‘coastal retreat’ plans proceed smoothly, cities must have fair and transparent policies to address issues such as compensation for the relocation.

In a June 2020 report commissioned by the New Zealand government to review existing land use and environmental regulations and recommend changes to improve citizens’ lives, an expert panel noted that land use rights granted to residents delayed or stymied authorities’ efforts to relocate some people who refused to leave areas gravely threatened by sea level rises and storm surges. It recommended enacting a Managed Retreat and Climate Adaptation Act that would give cities the ability to change land uses and rights more quickly and set out frameworks for compensation.

In the United States, Virginia Beach is considering a programme that would have USD $1.5 million initially and an additional USD $500,000 annually to buy-out or elevate at-risk properties throughout the city. It had calculated that inaction would result in yearly costs of about USD $330 million to repair homes and other infrastructure when its sea level rises by three feet. Under the buy-out option, the city would purchase the home, demolish it and use the site for green spaces or flood risk reduction measures. It has identified about 2,500 properties to target for buy-outs, although the choice to sell would remain with the residents.

With multiple studies highlighting rising sea levels’ looming risks for cities, Professor Young from the University of Melbourne said that governments need to step up. He noted: “Our critical research provides politicians with a credible estimate of the risks and costs we are facing, and a basis for taking action. The data should act as a wake-up call to inform policy at the global and local government levels, so that more flood defences can be built to safeguard coastal life and infrastructure.” O