Cities for all ages

Populations of cities worldwide, both developing and developed, are rapidly ageing. As the average human lifespan increases, it is critical that urban planners re-imagine cities to be age-friendly. 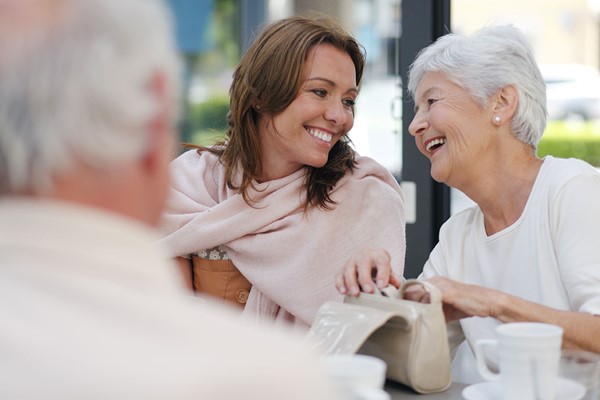 Let’s imagine cities for all ages

This phenomenon of global ageing, combined with rapid urbanisation, poses an increasingly pressing challenge to urban planners and policy makers – how do we re-imagine and build cities for all ages?

Re-envisioning cities as age-friendly environments is paramount to the sustainability and vibrancy of cities as their share of the ageing population grows in tandem with their expansion. Necessity aside, remaking cities to tend to the needs, well-being and productivity of their greying population benefits all the residents as well. Cities with the infrastructure and services to support active ageing empower older residents to live and work independently for longer periods, hence reducing the demands of care-giving on their communities. Urban environments designed with the mobility, accessibility and safety of their older residents in mind become more liveable spaces for the rest of the populace.

While the idea of building cities for all ages has been gaining momentum in the last decade, the actualisation of such cities is still in its nascence. In 2010, World Health Organisation (WHO) launched the global network of Age-friendly Cities to help cities share knowledge and best practices in creating urban environments that allow active ageing. Member cities are required to continually assess their age-friendliness and implement relevant policies and plans.

Even as cities round the world are beginning to embrace the concept, a handful are already pioneering the way. New York City, the first city to join WHO’s network is one such example.

During the term of Mayor Michael Bloomberg, transforming New York City, which had a population of more than one million adults aged 60 and above then, to be age-friendly became a key priority. In 2007, the city conducted a thorough assessment of challenges faced by its older residents. The city measured its age-friendliness in eight key domains – transportation, housing, social participation, respect and social inclusion, civic participation and employment, communication and information, community support and health services, and outdoor spaces and buildings.

Following the assessment, the findings were used to support the development of initiatives to address shortfalls and pressing issues, from urban redesign and planning to policies and community development. Some 59 initiatives were announced in 2009 to improve the quality of life for older adults in the city, such as increasing the availability of affordable, safe housing for seniors and providing bus services to grocery stores for older New Yorkers.

A city-wide collaboration among municipal agencies, non-profit organisations, community groups and businesses ensued to turn New York City into an age-friendly environment. The then-Mayor requested all city agencies to reconsider their work in the light of age-friendliness, and propose initiatives to improve their service and integration of older adults.

As a result, New York City’s transformation took place at multiple levels and aspects. At the street level, more durable benches were installed in public areas such as bus stops and hospitals, especially in areas with higher concentrations of senior residents. Traffic intersections were redesigned with countdown clocks, increased crossing time for pedestrians and restricted vehicle turns. Large-font signage was installed at subways.

Public services and policies were reviewed as well. Working together with health clubs, the city also launched discounted memberships and free exercise classes for seniors. Senior hours were implemented at swimming pools and more accessible, affordable courses were developed in colleges for seniors to participate in lifelong learning. Campaigns were carried out to combat ageism at the workplace. With the city-wide commitment, New York City rapidly transformed to become one of the most liveable cities in the world for older adults.

With the world’s most rapidly ageing population, Japan faces tremendous pressure and urgency in sustaining the liveability and vibrancy of its cities as they grey. Since the 1960s, the country has been experimenting with various urban planning initiatives to pre-empt the demographic trend and its impact.

Age-friendly integrated new towns designed specifically for seniors were developed across the country in that period, with facilities and urban planning catering to seniors’ needs. Tama New Town, west of Tokyo, is one such town built in the 1960s. Pitched as an age-friendly new town, Tama today is ageing a much faster rate than the rest of Japan with a corresponding smaller proportion of young people and families.

Taking the lesson in stride, Japan’s later generations of integrated new towns aimed to be ‘aging-friendly’ rather than merely ‘age-friendly’. Instead of prioritising the needs of seniors over others in the urban planning and policies, these new towns were carefully designed with long-term sustainability in mind to cater for the needs for every age profile group. This not only ensured that there could be successful ageing in place, but also continual renewal of the towns’ population.

A sterling example of one such ‘aging-friendly’ town is Yukarigaoka in Chiba, built by a private developer. Unlike the earlier new towns, Yukarigaoka was planned such that the elderly could choose to live close by their families and communities while facilities and amenities were developed for all age groups.

Public transport and urban planning in the city are revealing of the developer’s commitment to create a city for all ages. In Yukarigaoka, every train station is no further than ten minutes on foot from every residence. Amenities such as clinics are located near public transport stops to increase their accessibility. Bus services allow seniors to stop where they wish to in residential areas to further boost the convenience.

To ensure that an intergenerational community remains a primary feature of the city, the developer located facilities such as child-care centres near train stations, so that working parents could easily drop off and pick up their children. Policies are in place to sustain the intergenerational feature – when older adults wish to sell their properties and move to smaller apartments, the developer purchases the properties and renovate them for sale at a discount to young families. The access to affordable housing ensures that Yukarigaoka remains attractive to young families. Today, Yukarigaoka has a balanced population make-up that reflects national demographics, unlike earlier age-friendly towns such as Tama.

“As the cases of New York and Yukarigaoka illustrate, what transforms the cities is the collective ownership of the vision of a city where every denizen, regardless of age, is able to lead a productive and socially engaged life.”

Planning and designing urban infrastructure to support active ageing is only part of the picture in the successful making of cities for all ages. As the cases of New York and Yukarigaoka illustrate, what transforms the cities is the collective ownership of the vision of a city where every denizen, regardless of age, is able to lead a productive and socially engaged life.

Besides leadership from the government, the private sector plays a pivotal role in innovating products and services that are senior-friendly, and capitalise on the role of seniors in the economy, whether as employees or customers. In Japan, for example, technological innovations such as robotic helpers and cleaners not only cater to the needs of seniors, but also contribute to a more vibrant and dynamic industry.

As global ageing and urbanisation are set to be major forces shaping the future decades, cities of the future must necessarily also be cities for all ages, for aging in place. O