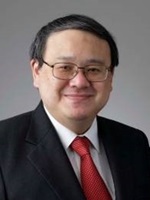 Mr Peter Ho Hak Ean is the Senior Advisor to the Centre for Strategic Futures, a Senior Fellow in the Civil Service College, and a Visiting Fellow at the Lee Kuan Yew School of Public Policy.