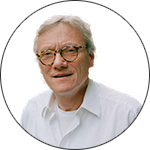 Professor Wulf Daseking is born in the historic city of Goslar in Northern Germany. His first experiences with the topic of urban structures were gained at school – from the ancient world to the modern age. His secondary school final examination essay was on “Analysis of the resident structure in a neighbourhood within a historic city centre”.

Prof Daseking holds a degree in Architecture and Urban Planning from the Technical University of Hannover, Germany. In 1971, he received the DAAD Scholarship at the Swiss Federal Institute of Technogloy ETH () Zürich, Switzerland. From 1973 – 1975, he was an assistant in the office of Professor Deilmann in Münster.

Prof Daseking has over 30 years of experience in city planning and urban development and is an internationally renowned figure recognised for shaping the City of Freiburg to its current status as Germany’s ecological capital. In 2010, Freiburg was awarded “European City of the Year” by the Academy of Urbanism (London) for its consequent Town Planning concept.