In the midst of evolving challenges and contexts, placemaking expert Peter Smith reminds us on why we need to continue to create and manage memorable places and destinations for people.1 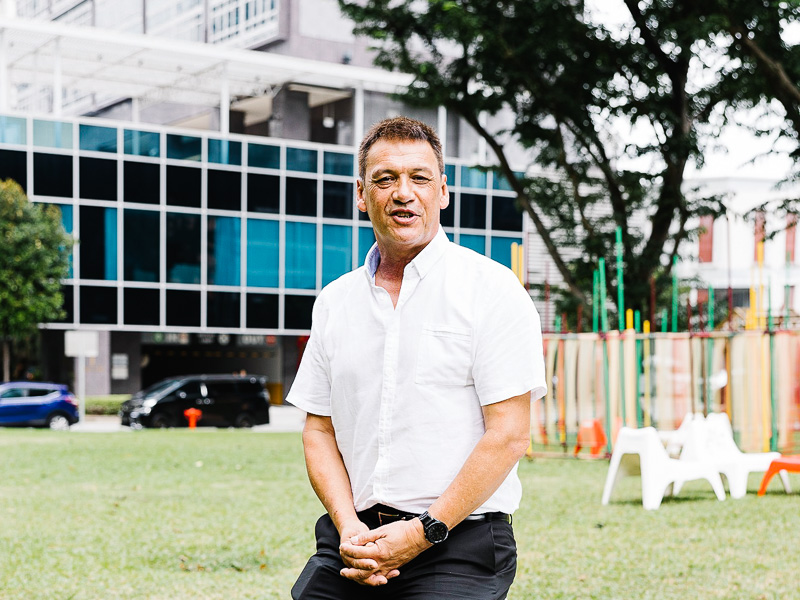 Even while the ongoing Covid-19 pandemic is changing the way we use and share public places, it has reaffirmed the important role they play as social/community places in our neighbourhoods.

In fact, it has reinforced the need for even more walkable streets and attractive public spaces as people find relief and inspiration in environments around them and new ways of interacting with each other in a safe manner.

“More than just a physical space, a place is defined by the experiences and memories of those who inhabit or access the place. A place is not just about its physical aspects, it is also about its social and cultural elements that connect people to places and to one another,” says Peter Smith, the Chief Executive Officer (CEO) of the City of Port Philip in Melbourne since 2017, who has been leading placemaking efforts for over 25 years in local and federal governments in Australia.

Placemaking efforts by both governments, business owners and community partners to create and manage thriving places has become even more important in challenging times. This is particularly so given that shared public places are where people come together and strong bonds between residents and stakeholders working together can help to strengthen the identity of places and ensure their relevance in the long run.

The focus on the role of communities in leading and managing places is something that Peter has been championing. The ‘Splash Adelaide’ public space activation programme he initiated in 2011 when he was the CEO of the Adelaide City Council (2008 to 2015) saw not just a transformation of its inner city but resulted in citizens leading placemaking efforts in their neighbourhoods and areas they cared about.

Amidst our ongoing challenges and changing contexts, Peter shares with us the insights and experiences that has continued to remind us on the importance of creating memorable places for people and the significant role of communities in shaping these places together for the future.

How do we understand a physical place and why are places important?

Peter Smith (PS): A physical space may be defined by the walls and boundaries around it but it may have nobody using or inhabiting it.

A place on the other hand is defined by individual and collective memories and experiences. In a way, it is my memory of the physical space and what I did there that defines it as a place.

Places also mean and offer different things for different people. For some, it might be a place to do business and be part of a business community. The place may offer creative value for people to express their creativity, culture and heritage. Or it might be social. It is a place to meet people and to connect with one another. So the physical place is really the plate that supports the dish.

Thus, when you think about placemaking in places around cities, it goes beyond just shaping their physical qualities, it is also about creating social, cultural, economic and environmental sustainability as well. 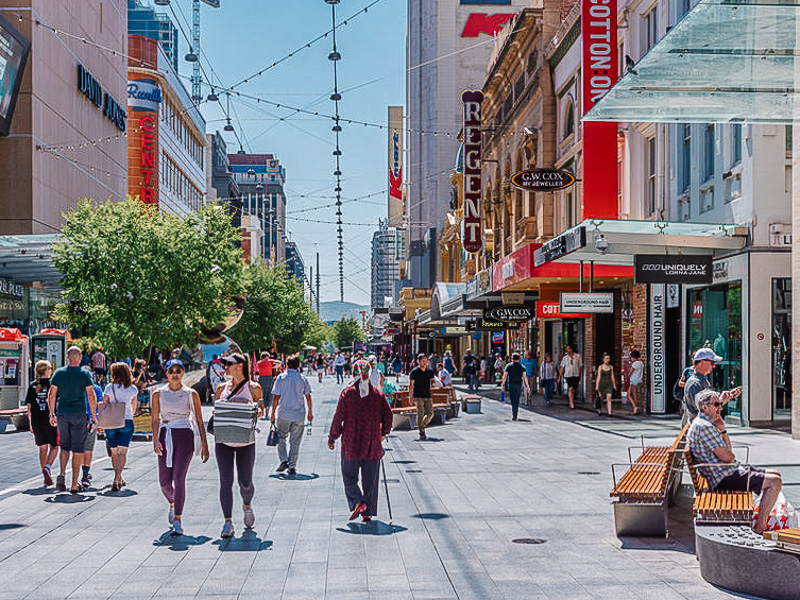 The city of Adelaide © dudlajzov/ 123rf.com

How has your earlier encounters shaped your understanding of placemaking being a confluence of many elements?

PS: It was during my first job in the public service that taught me about the need to include a focus on social inclusion in placemaking. I was 27 years old and running a wind surfing school on the north coast of New South Wales. One day, this white van came up with four people who had intellectual disabilities and I spent the day teaching them how to wind surf. The guy who brought them to the school was Mark and he became a friend of mine.

Two weeks later, the van came again and Mark offered me a job. It was to set up homes in the community for people with disabilities and who had been in institutions for years and separated from their families. My job was to help these people integrate back into the community. I took the job and this was where I learnt about the need for a strong inclusion focus in placemaking. We are fortunate in that many of us have access to many things, our families, jobs, public spaces. But if places aren’t inclusive, then I think we fail as a society.

My understanding of placemaking deepened when I went to New York many years ago. What impressed me was how it gave public spaces back to its people through the transformation of Times Square. I got to spend time with Tim Tomkins who formed the Times Square Alliance2, the placemaking group. I learnt that in the 1990s, they almost lost the theatres there because of crime. It was too dangerous for people to go to the theatre. Through the alliance, they started to reinvent the theatre industry and worked with businesses to activate Times Square.

I also learnt that if you focus on just inclusion and social connectivity, then you miss the synergy with other elements such as the economic and cultural development and the safety aspects. The best places are those that have many of these elements in abundance. It is the unique blend of social, cultural and economic that makes a place memorable.

“The challenge is how do you take the energy and the interest from the community that is created by that temporary activation and turn it into a deeper conversation around the community leading placemaking in future.”

You led the ‘Splash Adelaide’ space activation programme3 that introduced the idea of inexpensive and quick interventions to activate public spaces meaningfully. How did it come about?

PS: Adelaide at that time was a 9-to-5 town. People go out to the suburbs to live and play and just come into the city for work. When we started thinking about this, we were focusing on just how to activate public spaces and streets in the city centre and how to bring in foot traffic. That was when we started Splash Adelaide.

The programme was the start of conversations and change in establishing a common understanding of what space activation and placemaking meant and what it could do for the community and our city.

How has the programme impacted on people and communities in actively activating public places?

PS: In the first year of the programme, I remember meeting some young people hanging around at the public squares. They shared that they felt the community didn’t understand them. I told them about Splash Adelaide, which was about people like them feeling like they don’t have a place in the city and supported their wish to do a zombie walk.

For their first walk, they sought to have 50 friends just walk from a park to another place and eventually end up in a pub on Halloween night. Years later, 10,000 people took part in the event. The support gave these young people more stake in their neighbourhood and the city and inspired others to get involved.

When we started Splash Adelaide, we had put in AUS$150,000 and encouraged the community to also contribute and co-support events and activities as well. The aim was for the community to also get their skin in the game, for them to take the risk and to also build their capabilities. At the start, events were mostly organised by the city government but later on, communities became more confident and organised many of the activities themselves.

In many of your placemaking efforts, you championed the idea of lighter, quicker, cheaper. Tell us more.

PS: The aim was for governments and communities to learn together through action. Of the many events and activities organised in activating public spaces, some of them were terrible. But that is good. We learnt what worked and what didn’t.

If the outcome you are trying to achieve is building community capabilities to lead and manage a place, then failure should be an acceptable risk to take. Because you can’t build capabilities unless people make mistakes and learn from them.

The thing about lighter, quicker, cheaper is that it shows to the community that there is something different happening in that corner. Maybe it’s just a little pop-up thing. But it invites the community to have a conversation about that place. 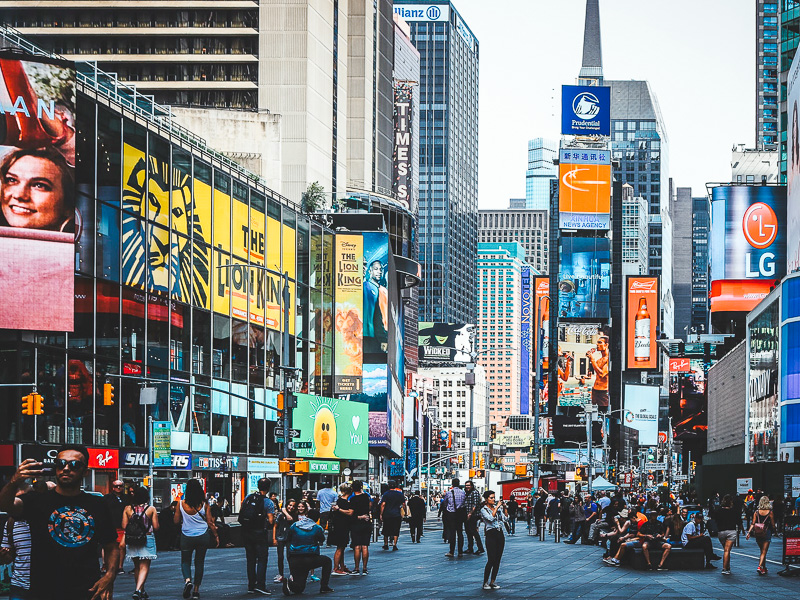 Zooming out from activation of public spaces to larger precincts, how should we approach placemaking for these areas?

PS: We should think of the city as a tapas bar. What is appealing about the tapas bar is the idea that you have many small dishes to sample. So if somebody wanted something spicy, you can have a spicy dish. But not everybody wants spicy. If you have children with you, you can pick something that is good for children to eat.

I started to think about the city in that manner. In a way, the city infrastructure is like the restaurant. The menu with dishes are like the places. When we started to think about what were Adelaide’s signature dishes, we realised that there were 10,000 students in the city yet there was no place where students could go to then to get cheap drinks and hang out after classes. We also realised that for our office workers, there was not enough attractive places for them to gather for work drinks. So we didn’t have an office worker dish or a student dish.

Once we start to think about the dishes that we are missing, then the next step is how do we create these dishes?

In building community capabilities to lead and manage public spaces, what should we pay attention to?

PS: A physical public space in a way is where citizens relate to and experience the government. It is in this physical space where different aspects of placemaking should converge, whether it is dealing with heritage, planning or sustainability.

But in reality, each of these issues are often managed by different government departments. Various departments may also be carrying out placemaking activities on their own. When the focus is on building community capabilities, the challenge then is in determining what the government can do best and what the community can do. That’s the capability that we need to build around places. And placemaking is the great tool to do that.

Today, we tend to have many communities who may expect the government to find every solution. But somehow the government has to step back and say here is a space, how do you want to create it? We have to go from “we will look after you” to “we will create space for you to look after yourself”. O 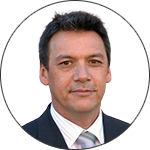