Peter Williams on mitigating the effects of natural disasters

Dr Peter Williams of IBM shares his views on how cities can best mitigate the effects of natural disasters. Addressing issues like climate change and substandard infrastructure, he argues that city and national governments will only become truly resilient when constituents and their leaders engage in two-way communication. 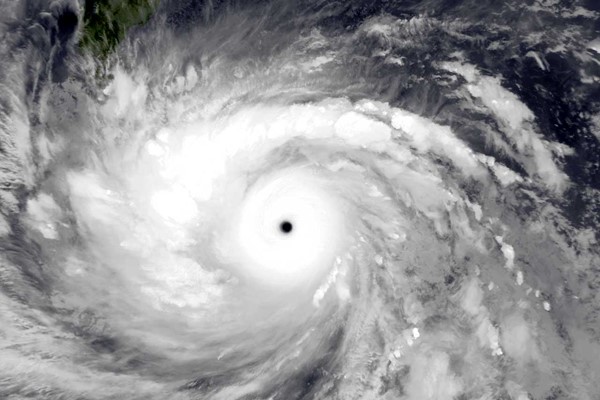 What are the pre-eminent natural disasters facing today’s cities?

Dr Peter Williams (PW): Increasingly, a significant proportion of present-day disasters stem from climate change. These include catastrophes like flash floods; droughts and extreme heatwaves; and heavy winds like tornadoes. They also include offshore weather systems generating storm surges. In addition, there remain other naturally occurring events beyond human influence like earthquakes and volcano eruptions.

A significant and growing influence on natural disasters is urbanisation. The number of people living in cities will rapidly increase from more than seven billion today to more than nine billion by 2050. This will prompt more economic activity and as a result more emissions will be released into the earth’s atmosphere. Increased urbanisation also means that more people and businesses will lie in harm’s way when disasters strike.

What human actions are fuelling these events, and how are they affecting cities?

PW: Developing resilience is vital because urban disasters are going to affect growing numbers of people. We are seeing many cities around the world adversely impacted by infrastructure built to cope with an increasing population, but not necessarily designed to be disaster resilient.

Most natural disasters involve one or both of two types of stresses. On one hand there is chronic stress – damage that is been done over a long period of time (for example, deforestation) – and on the other there are acute events – disasters themselves. These often interact.

In Northern India, for instance, decades of deforestation (chronic stress) have given rise to an increase in city flash floods (acute stress). This is because forests act as watersheds, absorbing rainfall and slowly releasing the water into rivers and streams. Without them, water flows directly into waterways at a much faster pace and hence causes flash floods.

Conversely, in California, US, the ongoing severe drought has been made worse by cities consuming more groundwater than can be replenished. In this instance, the chronic stress is the day-to-day over-drawing of groundwater and the acute stress is the drought itself.

Infrastructure, too, significantly influences how cities fuel or mitigate natural disasters. For instance, where buildings or transportation networks have not been built to appropriate standards, these tend to underperform when hit by a hurricane or earthquake. Poorly constructed infrastructure, therefore, dramatically worsens the impact disasters have on urban areas and the people that live in such places.

We see cities more greatly impacted by disaster when leaders fail to consider the infrastructure interface between the natural and urban environment, and secure contingency management plans and adhere to appropriate building codes and land use.

“Developing resilience is vital because urban disasters are going to affect growing numbers of people.”

Are Western cities better prepared against the threat of natural disasters when compared their counterparts in emerging markets?

For instance, the Municipality of San Francisco in Cebu Province, the Philippines, demonstrated its resilience during Typhoon Haiyan, where unlike other cities across the country it experienced no fatalities. This is because the city’s leadership had prepared adequately for such an event. In 2011, the municipality produced a 10-point checklist aimed at mitigating the impact of natural disasters, addressing areas like roles and responsibilities; the allocation of shelters; and educating the public on the how to act during catastrophes. Despite much of the city’s buildings and infrastructure being flattened by the typhoon, injuries were minimal.

What technologies can help shield urban areas from natural disasters?

PW: Cities can protect themselves by deploying three types of technology: natural engineering; civil engineering; and information technology (IT). Natural engineering is where urban planners enhance the ability of natural systems to protect towns and cities. For instance, in terms of water management these range from the installation of waterways to divert stormwater to laying porous pavements to prevent flooding. Civil engineering includes protective infrastructure like sea walls and dykes; environmental technologies like clean energy and water conservation and purification; and transportation networks, which enable residents to easily evacuate threatened areas.

However, cities are increasingly turning to IT to better protect themselves against the impact of natural disasters. Use of big data analytics and other monitoring tools allow urban planners to model and understand how an event may unfold and how it will disrupt a city. It also enables civic authorities to be proactive in the management of critical assets. For instance, if a city loses use of an electricity substation due to flooding, sensors will alert the asset’s operator of its shutdown. In turn, authorities are able to take contingency action and avoid additional fallout from this particular incident. IT therefore grants cities advanced warning over possible failures, advises its leaders on the best course of protective action, and provides analytics to model future events. Finally, IT in the form of mobile computing (smart phones) and web sites allows citizens to be better informed; to signal that they do or do not need help; and not least to help each other when emergency authorities may be overwhelmed.

Can you provide examples of how IBM has helped civic authorities better understand and protect themselves against natural disasters?

PW: Recently, IBM undertook a project to model the propensity of the seabed off the coast of the South of France to generate tsunamis and storm surges. The region experiences storm surges and strong currents that are unpredictable and can cause much damage and disruption to onshore assets and can catch residents and authorities unaware. The company provided local authorities with in-depth insight into the patterns of these surges, as well as providing them with the tools needed to predict the outcome of these incidents.

IBM also works with the Government of South Australia to crowdsource data with the aim of containing bush fires. A common trait among these fires is their ability to jump from one place to another, due to the high winds generated around them. This means that while emergency services may have contained an incident in one place it is likely that fire has already spread elsewhere. By analysing text and images posted on social media in real-time, state authorities are able to track incidents that may not be detected through traditional systems like CCTV and aerial observation. This process also grants authorities additional oversight regarding evacuation routes and traffic flows to and from disaster areas.

How can cities best govern their resilience initiatives?

PW: Cities can manage their natural disaster defence programmes through three complementary models. These are: a top-down approach, where an authority instructs residents and businesses on the best course of action; a ‘side-to-side’ approach, which involves citizens coordinating their actions with one another; and a bottom-up model, where citizens feedback to authorities and what they need.

Cities and national authorities must incorporate all three models in order to maximise their resilience to floods, hurricanes and so forth. Furthermore, city leaders must continuously engage with their constituents in order to have an in-depth understanding of the foremost challenges experienced on the ground – something the leaders of the Municipality of San Francisco in the Philippines have done to great effect. O 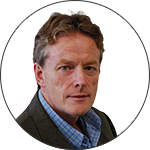