Completed in 2017, Seoullo 7017 in Seoul transformed a former highway in the city centre into an elevated linear park. The landmark project is both symbolic of the city’s shift towards people spaces, and functional as a seamless connection around the Seoul Station. Project architect Winy Maas shares his thinking behind the design. 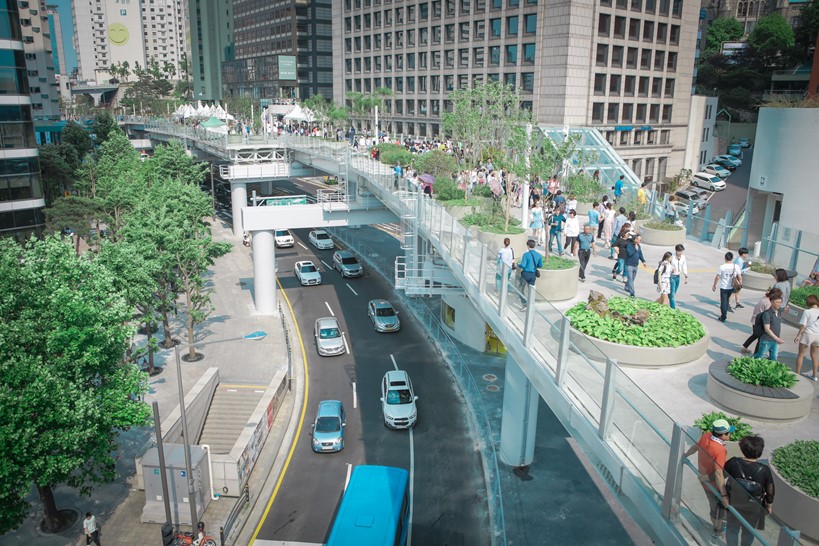 What were some of the key considerations in the design of Seoullo 7017?

Winy Maas (WM): Preserving history was an essential part of the project. The highway was the place where the democratic movement (in Seoul) manifested itself in mass protests. It was also a symbol of modernity to the people that first arrived at the Seoul train station in the past. It is remarkable that the Mayor saw this highway as an important part of Seoul’s history.

Another motive was a general urban agenda to make Seoul a better city for the people and less so for car drivers. After a decade of investments into iconic buildings that created inspiring moments in the city but lacked the Bilbao effect, the Mayor invested into bringing the human scale and nature back into the city. The ambition of this second development is to create a better city for the people. 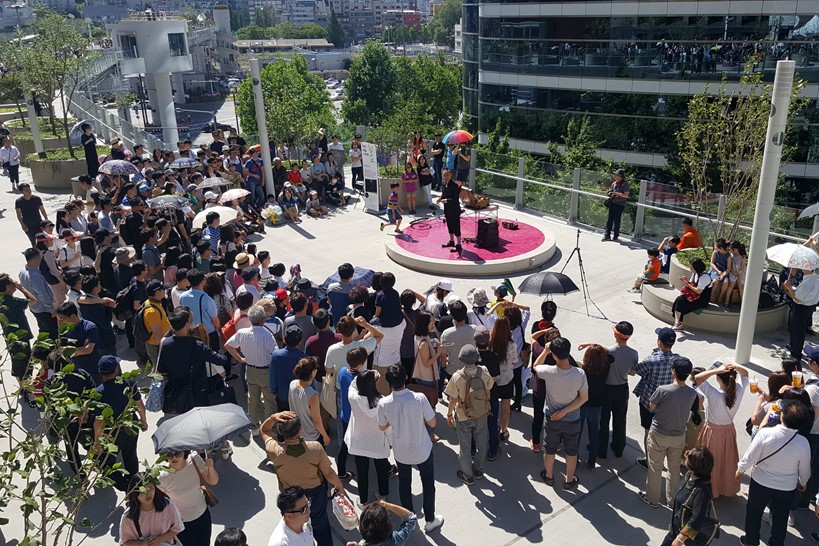 What are some elements of the design that reflect Seoul? Was this an important consideration?

WM: The then-Mayor wanted to make Seoullo 7017 as something more than the High Line in New York. He wanted something more contextual and unique for Seoul, rather than a direct copy. With this in mind, we designed a linear park and a plant library in an almost barcode-like fashion that allow the citizens of Seoul to experience the variety of greenery that is laid out from A to Z in the Korean alphabet.

Secondly, our design is intended to be fine-grained and intimate, and to respond well to the urban conditions around it. The urban furniture, kiosks, cafes, stairs and bridges have been carefully planned according to contextual urban thinking.

Furthermore, we carried out a broader urban analysis about how the sky garden can relate to the neighbourhood on a larger scale. We envision the new Seoullo 7017 as a starting point to connect existing public spaces and green areas in the vicinity, so as to make the neighbourhood greener. The result is a network of parks the size of Central Park in New York.

What were some of the challenges with the design of the sky garden?

WM: Unlike New York’s High Line, we could not simply cover the existing highway with earth to create a linear garden, as the structure was not stable enough. As a result, we spent a significant portion of the budget in strengthening and preserving the structure. Even after the reinforcements, we found out that we were still not able to cover it with earth. 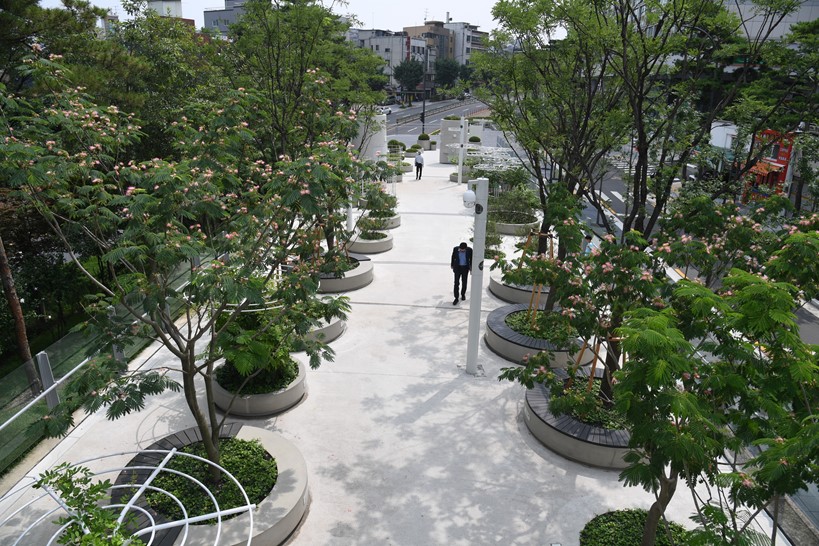 How were these challenges overcome?

WM: With the constraints, we decided instead to use flower pots. To create a unified visual identity, we used only round pots and structures that are also multi-functional. The basic pot is one where you can sit on its wide edge. We have also designed round structures functioning as trampolines, cafes, watch-towers, a stage as well as other urban furniture.

I am proud of the outcome of the project as well as the enthusiastic spirit that the city and participants have showed during the construction process and after. The biggest compliment to an architect and planner is that the end-users are happy with the product and they seem to be. With one million visitors a month, there are lots of activities taking place while a group of volunteers help maintain the plants. O 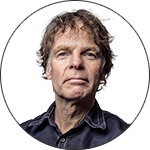