In 2010, Bilbao was awarded the inaugural Prize for its transformation from being in industrial decline to a modern and vibrant city. We speak with Andoni Aldekoa, Chief Executive Officer of Bilbao City Council, about the next stage in the city’s development. 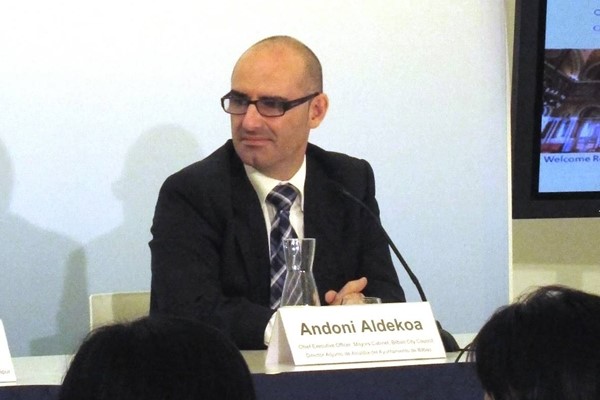 In view of Bilbao’s successes in the fields of business and commerce, urban development, culture and tourism, then-Mayor Iñaki Azkuna said in 2012 that the time had come to turn the city’s attention towards knowledge and innovation. What inspired this viewpoint and what does the city still need to do in these areas at the present time?

Andoni Aldekoa (AA): In 25 years, Bilbao has gone through an urban revolution that has made us an attractive city for international tourism. But at the same time we have witnessed a sharp decline in the importance of industry in the city’s economy. All these, together with the current change in the cycle that is taking place internationally, meant that we began to consider the need to move towards a city-region with a clear commitment to knowledge, excellence and internationalisation, as well as to new urban industrial policies that include technology, sustainability and design.

What projects are in the pipeline and how does the city assess the merits of these kinds of initiatives? (For example, the master plan for the island of Zorrotzaurre and the opening of new universities and other education centres)

AA: First of all, we need to emphasise the advantage that the Bilbao brand represents, as this is synonymous with Guggenheim, culture, transformation and excellence all over the world. However, we need to ensure that Bilbao is also associated with knowledge, business, university, technology and design – a complete competitive metropolis in a world of cities.

This is why we have also given a definitive boost to the Zorrotzaurre project, which together with the nearby areas of Zorrotza and Punta Zorrotza, will make it possible to develop areas of high added-value industrial activity. Industry is a vital part of Bilbao’s past and we would like it to be one of the pillars of its future development.

Which sectors is the city focusing on and why?

AA: Bilbao is a major service centre for businesses in its metropolitan area, which creates capacity and competitiveness. The city’s investment in tertiary education has up skilled the region’s workforce. And the challenge now facing Bilbao – a city-region endowed with industrial estates, research centres and top-class infrastructures – is to develop an economic policy that can combine research and advanced services for companies found towards the top of the value chain, as well as for those associated with other industries and tourism.

How is the city going to finance these projects, especially bearing in mind the current economic crisis in Spain? Through public-private associations? What about the city’s plan to attract foreign direct investment from such distant places as Asia and North and South America?

AA: The urban transformation of Bilbao has benefited from the inter-institutional company, Bilbao Ría 2000, which had the support of local, autonomous and state institutions. The restrictions on private sector resources due to the current economic crisis mean we face the challenge of including private companies in this concept of partnership. At the same time, as a result of the presence of Bilbao at the Expo 2010 in Shanghai, we are developing an international relations network backed up by our trustworthiness as a reliable enterprising city.

In 2010 we also had the honour of being the first city to receive the Lee Kuan Yew World City Prize.

Knowledge and innovation are products of human capital. How does the city plan to meet its needs for human capital in these areas in the short to medium term (five to ten years)? What measures are being taken to sustain the knowledge economy in Bilbao in the longer term (20 years)?

AA: Recently the Bilbao-Bizkaia Design & Creativity Council (BiDC) was set up. This is a body formed by research and innovation centres and agencies, museums, universities, financial institutions, and businesses and organisations that work in design and the creative industries. The BiDC represents a step forward and a commitment to design as a value-added resource in all aspects of the city.

During the last few years, we have made great efforts to expand the knowledge and use of new technologies. At present, we are developing the Innovation Agenda – a strategic project shared with citizens, the private sector, and other public administrative bodies. The project seeks to create an interactive networking space to encourage entrepreneurship, retaining and attracting talent, creativity, support for the development of emerging sectors, advanced management and a new kind of governance.

We have also reached an agreement with Mondragón University to set up an international creativity, innovation and advanced entrepreneurship platform that will combine teaching and research activity with the development and reinforcement of new ideas provided by young entrepreneurs.

How can Bilbao become a knowledge and innovation centre by adding to its current qualities?

AA: Without a shadow of a doubt, by opting for a city-region concept – rather than a municipality that operates in silo from other administrations – with a proven inclination for leadership will add to Bilbao’s current qualities. Furthermore, the city must remain committed to culture, well-being, design, tourism, the environment, eco-technologies, research talent, and a new concept of sustainable high value-added industrial development, which boosts Bilbao’s international reputation. O 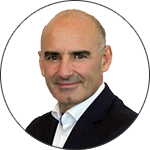